In 2015, 50 rare and endangered Dandie Dinmont Terriers and 75 breed enthusiasts from 8 different nations gathered together for three days of heritage discovery at the Dandie 200 celebration.   This marked the 200th anniversary of the publication on 24 February 1815 of Sir Walter Scott’s  book “Guy Mannering”, the book which gave the breed its distinctive name.

Walter Scott used to wear a Black and White Tartan privately inside Abbotsford, where he lived.  Duke Richard of Buccleuch is Chief of Clan Scott and as part of these celebrations Duke Richard gave his blessing  for the Dandie Dinmont Terrier to wear the Walter Scott (Private) Black and White Tartan as the breeds “official” tartan, making the Dandie Dinmont the only breed of dog to have its very own, Clan Chief approved tartan. 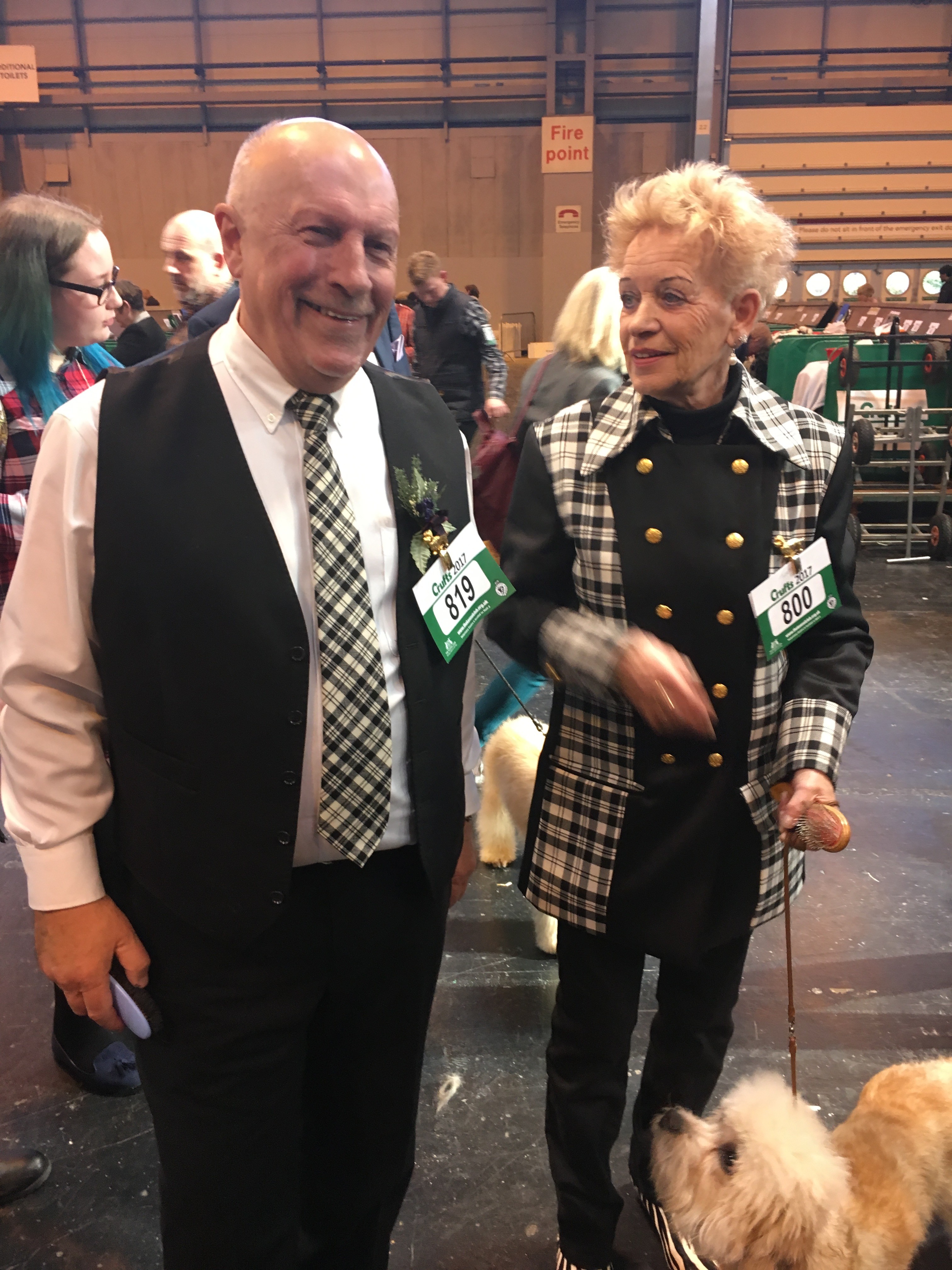 Scotch Tweed from Selkirk launched the “Dandie Dinmont 200” collection of items in the correct Walter Scott Black & White Tartan – the Tartan that Clan Chief Duke Richard of Buccleuch  allowed us to adopt as the “official” tartan for the Dandie Dinmont Terrier.
http://www.scotchtweed.co.uk/dandie-dinmont-terrier-tartan-scott-black-and-white